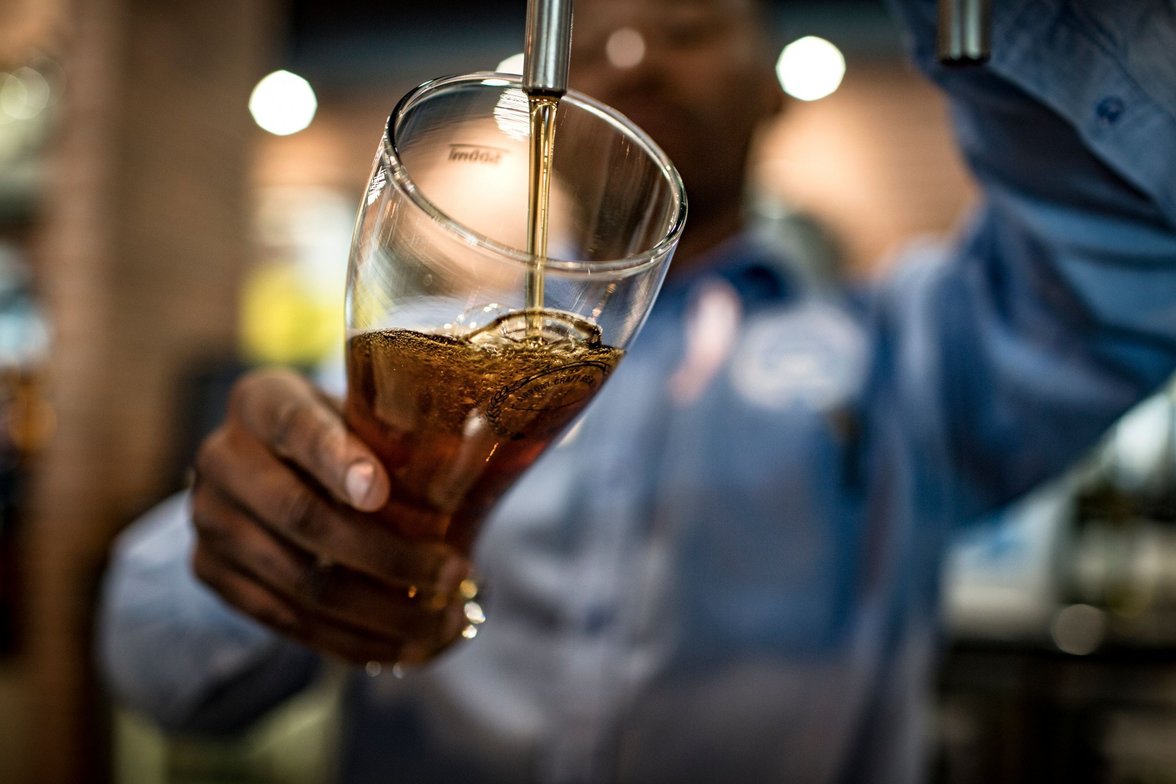 Let's talk about alcohol. I have observed that the use of alcohol in a social setting is becoming more and more prevalent in the church world today. It is no doubt one of those subjects that you want to avoid if you don't want to have conflict. But let's be honest for a moment. Do you really think that it's permissible for a Christian to drink alcohol?

Some well-meaning Christians would argue that the Bible does not condemn the drinking of alcohol. Most often they reference Jesus turning water into wine. The purpose of this article is not to enter into this debate, though I believe there are ample reasons to conclude that Jesus did not give fermented wine to those who were at the marriage feast. The questions that I want to address here are these; does the Bible teach us not to drink alcohol? And if so, why?

First, let's take a trip to the Proverbs. In chapter 23 we find a lengthy passage about alcohol consumption. Read below:

Who has woe? Who has sorrow? Who has contentions? Who has complaints? Who has wounds without cause? Who has redness of eyes? Those who linger long at the wine, Those who go in search of mixed wine. Do not look on the wine when it is red, When it sparkles in the cup, When it swirls around smoothly; At the last it bites like a serpent, And stings like a viper. Your eyes will see strange things, And your heart will utter perverse things. Yes, you will be like one who lies down in the midst of the sea, Or like one who lies at the top of the mast, saying: "They have struck me, but I was not hurt; They have beaten me, but I did not feel it. When shall I awake, that I may seek another drink?" (Proverbs 23:29-35 NKJV)

Notice the wording, do not look on the wineâ€¦ this is clearly a word of warning to the one who might be enticed to drink a little alcohol. I think it safe to say that the implication here is not to drink alcohol. I know what you are thinking, "doesn't the Bible record where the Apostle Paul told Timothy to drink a little wine for his sickness" and the answer is yes! However, he was not encouraging him to keep a six pack in his fridge, he was sick and he needed to use alcohol to purify the water he was drinking. Many of the medicines we use today contain alcohol[1]. What is being described to us here is obviously not the use of alcohol in medicine, but instead it's the use of alcohol as a drink.

Secondly, why are we warned against the use of alcohol in the Bible? The above passage tells us. Alcohol causes many issues in life. Reflect on these words, woe.. sorrow.. contentions.. complaints.. wounds.. redness of eyes.. Each of these words are descriptive of the harmful effects of alcohol. As you read on you discover that we are told that alcohol bites like a serpent, and stings like a viper. Those descriptions help us understand why the Bible instructs the believer to avoid alcohol. Because it causes problems and pain!

This has been proven to be true:

In 2009, alcohol-related liver disease was the primary cause of almost 1 in 3 liver transplants in the United States.36

Drinking alcohol increases the risk of cancers of the mouth, esophagus, pharynx, larynx, liver, and breast[2]

The above statistics are only the tip of the iceberg. The truth is, alcohol causes more problems in the home and in society than almost any other single factor. This would explain why God would give us such a descriptive warning concerning the use of alcohol.

So how about you? Are you guilty of trying to justify your drinking using the Bible? If so I would challenge you to seriously reconsider. If you have fallen for the adage a drink a day keeps the doctor away, I challenge you to look into that claim more closely.

My conviction is that God's Word speaks clearly to the dangers and difficulties of the use of alcohol. It's unnecessary, harmful, and just down-right dangerous. And I do not believe it has a place in the life of a believer.

Jul 31
Fighting For Your Life