Pastor Tim McCreight was born and raised in Mississippi. He was brought to Christ by a friend at the age of nineteen and felt God's call into ministry within that same year. He left his college studies there and moved to Wendell, North Carolina, to begin training for the ministry. While there, he met his wife Stephanie and they were married in 2003. Since then, they have been blessed with four children--Timothy, Eden, Hannah, and Lilly.

Pastor Tim studied Pastoral Theology at Southeastern Free Will Baptist College in Wendell, North Carolina. Upon graduation, he accepted the position of Youth Pastor at Gateway Free Will Baptist Church in Virginia Beach, Virginia, where he served for ten years. He later became Associate Pastor and has worked with youth, young adults and adults. He also served as a teacher at Gateway Christian Academy and a professor at Gateway Christian College. He received his Masters of Ministry from The Crown Seminary. He now serves as an adjunct professor at Southeastern Free Will Baptist College. He and his family came to Shady Grove Church in 2013 to assume the Senior Pastorate.

Pastor Tim's wife, Stephanie, graduated from Gateway Christian College with a Bachelor's Degree in Bible and currently serves as a stay-at-home mom, homeschooling their children.

Through the faithful study of God's Word, Pastor Tim desires to relate practical truth to the people of God with insightful and challenging preaching and teaching that is relevant to adults and youth alike. He believes that the responsibility of the church is to reach people with the Gospel of Jesus Christ and then assist them in their own spiritual growth.

Marcus was born and raised in Ohio, where He accepted the Lord as His Savior at age 8. Later he would attended Southeastern Free Will Baptist College for one year, returning home after that year unsure of God’s calling in his life. After returning home, God began to work in Marcus’ life and direct him into ministry. In May of 2014, Marcus would answer the call to pursue full time ministry and preach God’s Word. He is currently active in pursuing a Bachelor’s degree in pastoral theology through Veritas Baptist College.

Marcus met His wife, Rebecca, during his one year at Southeastern Free Will Baptist College. They were married in 2013 and God blessed them in 2017 with a precious little girl, Kinsley Paige. Rebecca graduated from Southeastern FWB College with a Bachelor’s Degree in Education. She was a former Junior High and High School History Teacher at Temple Christian School in Mansfield, Ohio where she served for six years.

Marcus was the former Youth and Music Pastor at the Mansfield FWB Church, in Mansfield, Ohio, where he served for eight years. He and his family came to Shady Grove in 2019 to assume the Assistant Pastor position and Minister of Youth.

Through the Lord’s working and molding in his own life, Marcus desires to help equip young people today with the tools necessary to combat the false teachings of this world. He desires to help work alongside parents to keep their children in church by making Christ real to them. Marcus has a love and passion for youth and wants to help mold the next generation of Christian leaders in our world. 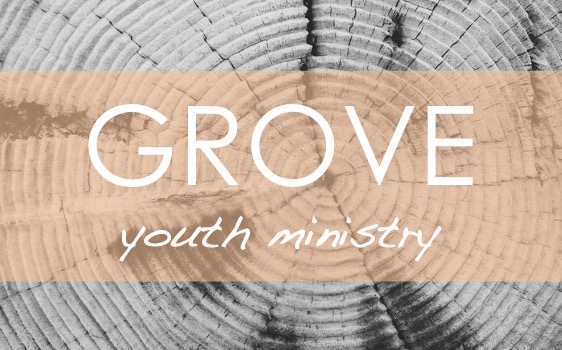